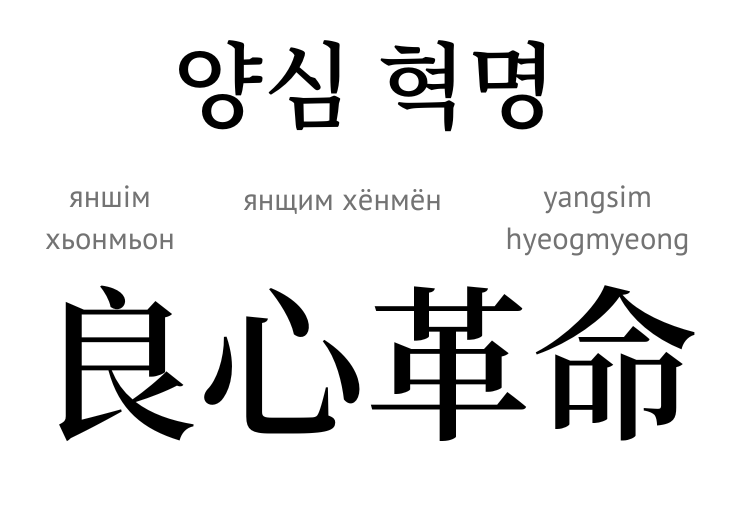 The true man is one who is like the Creator. To build a world in which true people live, we do not need a political revolution, but a revolution of consciousness. It is a revolution that changes our consciousness, transforming us into true people, similar in character to the Heavenly Parent.

From time to time, in the history of mankind, there have appeared people who have become the inspirers of grandiose revolutionary changes.

A revolution in consciousness will occur when we achieve in our lives a state of unity in soul, body, and outlook and thus establish an eternal and unchanging tradition that will form the basis of our pure love and pure genealogy. From this moment, the age of unity and harmony will begin to blossom.

To end conflict, humanity requires a real revolution of consciousness to abandon the false values and erroneous thinking prevalent in our world. If every person and every country would put others first and work in unity with their neighbor, all problems in society would be solved.

When humanity establishes absolute truth, absolute goodness and absolute beauty-then, by understanding their essence and putting them into practice, a spiritual revolution will begin. And then the chaos of the modern world will gradually begin to come to naught.

Maybe the world’s existing ideologies will reach the level of the revolution of consciousness, based on the standard of conscience, but to achieve the final victory in the future, a new historical worldview must emerge based on the “ideology of the heart”, which will initiate a new vision of life and a new vision of the world. What kind of ideology is this? Its basis will be on the doctrine of human life, on the world and the universe, further based on the concept of “heart.